Gordon is an internationally acclaimed visionary, innovator and entrepreneur with a 50-year success track record. During this period, through the best and worst of times, he bought and built companies in fields as diverse as manufacturing, financial services and business education. Battle hardened and tempered, Gordon is uniquely qualified to guide businesses through today's tough economic conditions.

Gordon is one of the top platform speakers for business acquisition and growth worldwide. His name is associated with some of the top names in personal and business development. Here are just some of his recent associations over the past decade.

Tony Robbins personally invited Gordon to be a featured speaker at Tony's Platinum Partners event in South Beach, Florida as well as consult with Tony in the reorganization of his own corporate empire.

Jay Abraham personally invited Gordon to be a featured speaker at Jay's Business Summit event in Anaheim, California. In addition Gordon and Jay joint ventured training programs focused on internal growth through sales & marketing and external growth through acquisition of competing and complimentary companies. Programs where offered under the names Guardian Angels and Empire Business Builders. Another Gordon-Jay JV, The Wealth Factory, also trained and consulted entrepreneurs in business growth.

Chris Howard personally invited Gordon to be a featured speaker at two of Chris's Billionaire Boot Camps, one held in Rio de Janeiro and the other in Belize.

As trainer, coach and mentor, Gordon simplifies complex business purchasing and financing. He makes understandable the use of financial leverage to enable people to start, buy or build any business with little or none of their own cash, despite a difficult credit marketplace.

His unique expertise and success track record has led to his appearances on NBC's Today Show and PBS's Late Night America along with segments on more than 120 other radio and television news and talk shows. He has been featured in articles in more than 25 of the nation’s leading newspapers including the Los Angeles Times, New York Times, and Wall Street Journal.

Gordon also served as Chairman of the California Task Force on Taxation and Regulation of Small Business during the Brown administration and is sought after as a consultant by businesses large and small and government agencies such as NASA for their technology transfer program.

Raised more than $267 million in investor capital in addition to negotiating credit facilities as small as $100,000 from TOPA Thrift and Loan to as large as $500 million from Lehman Brothers.

Organized and currently guides The Wealth Factory in its development and deployment of the business model he invented named Strategic Aggregation. Strategical Aggregation organizes companies with similar clientele around a common mission and marketing theme that enables the customers of each participating company to become the customers of all the participating companies. Each company benefits from an explosion of new customers and added income streams as its customers buy from the other companies.

Past Chairman & CEO of PhyGen, Inc. a manufacturer/distributor of proprietary herbal based products for the health, anti-aging, and life-extension industries.

Pioneered the development of the ½ hour-long television program commercial known as an “infomercial” producing the most successful TV infomercials ever to attract people to educational events.

Built Bizar Financing, a business support organization and finance course on “how to start, buy and build a business using little or none of your own cash,” into an international phenomenon with distribution in forty of America’s largest cities and seventeen foreign countries.

Connect with me on Google+ at +Gordon Bizar 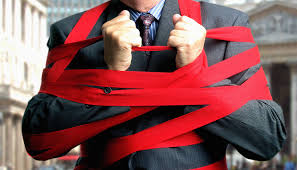 Getting Government Regulators Off Your Back

Nothing frustrates a business owner more than an inspection by a government regulator, especially where the written report finds significant violations of hard to understand...

SO MUCH TO DO, SO LITTLE TIME

Every week I receive more than a dozen requests for a personal meeting. Despite my current work week of about 70 hours, it is no...